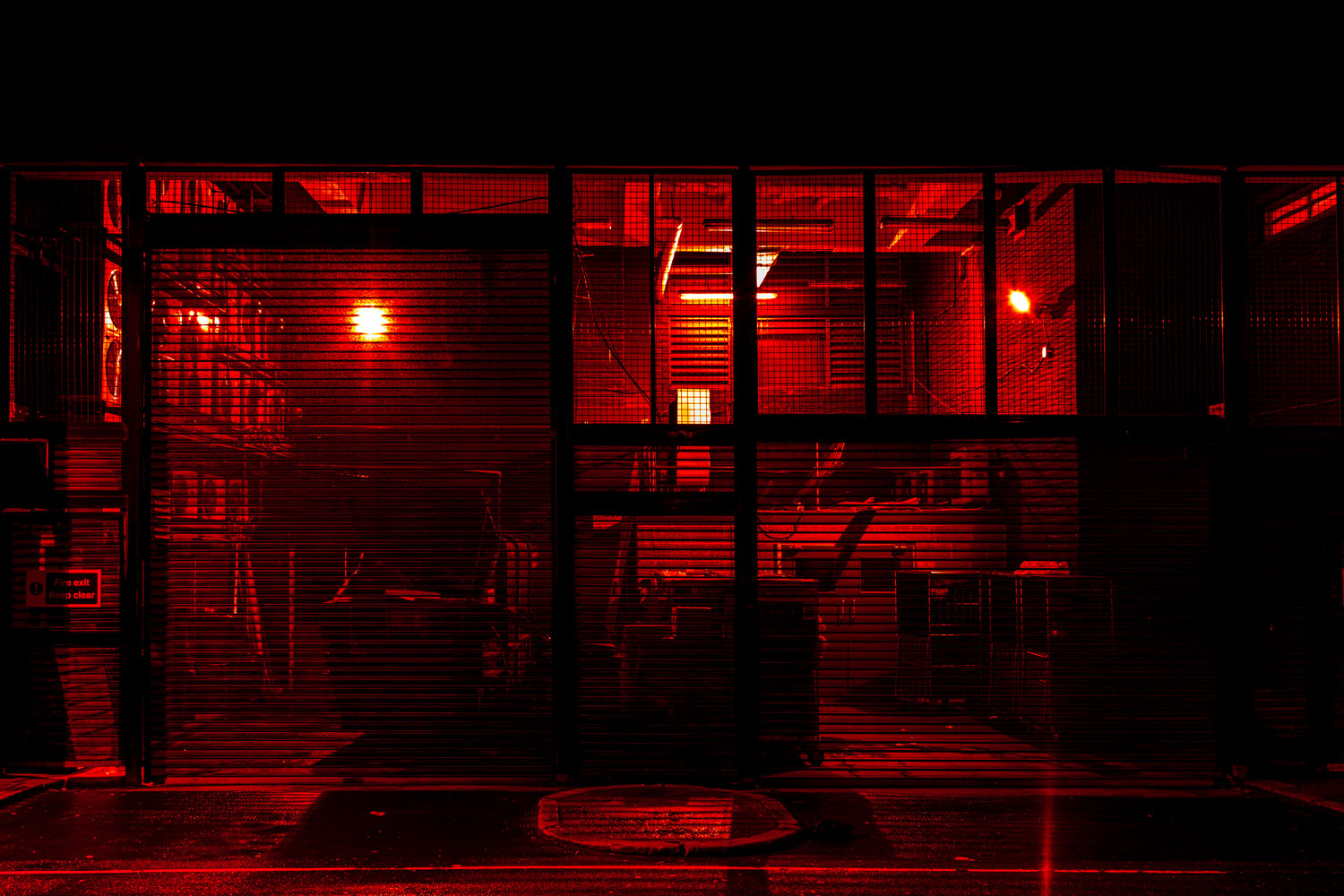 The title of this series SAFE_LIGHT is an allusion to a fundamental tool used by photographers. A safelight is nothing more than the red light used in darkrooms by photographers, providing the essential light in the darkness without damaging the light sensitive material.
The darkroom’s red light not only serves as the title of the series, it’s also the aesthetic link between the images. By recreating the atmosphere in the darkroom, Tim van den Oudenhoven emphasises the immense importance the traditional craft process has to him as a photographer. Exploring the subject of light, van den Oudenhoven is concerned with the multilayered illumination of the medium of photography. Indeed, many of his works deal with the position of photography itself. Traditionally, photography produced believable and objective documentations of reality. Since the days of “embedded journalism”, this idea has come undone. Computers in the digital age have increased processing possibilities, thus, the verisimilitude of images has become fragile. Therefore, van den Oudenhoven does not treat photography as a depiction of the world, but as a reflection. It’s about penetrating reality in order to come to an understanding of the world.
Picasso expressed this profound quote: “Art is the lie that shows us the truth.” This also applies to SAFE_LIGHT: superficially, the individual images reflect the nightly stroll of a flâneur. At 9:30 PM, he leaves home to roam the night. The photos he takes record his observations and visual impressions: shop windows, deserted parks, lonely alleys and illuminated windows that suggest a human presence. In reality, the SAFE_LIGHT series by van den Oudenhoven was not recorded in one night, but over the years in different European metropolises. With SAFE_LIGHT he creates a constructed reality. As Picasso said, the images “lie” to reveal a deeper truth. They want to clarify the essence of reality. Upon closer inspection, we notice that all pictures share a moment of silence. It is a recurring element in van den Oudenhoven’s work. His world is mostly deserted, void of movement, dynamics or vitality.
SAFE_LIGHT is a critical commentary on the existential problems of our time. The diffuse red light shows us a world – our world – that is losing strength. Desolate structures, abandonment, isolation and distance increasingly determine the reality of life for modern people. Feelings of insecurity and disorientation. These are not images that want to reconcile us with the world. Dreams, wishes, and hopes are opposed to a nihilistic selfishness to which everything appears indifferent that is not useful in the economic sense. People consume themselves and their world steadily, and with such relentless persistence that the state of entropy gradually becomes normal. As Max Planck once said so well: “Entropy is something you don’t understand, but you get used to it.”
Not that one should!