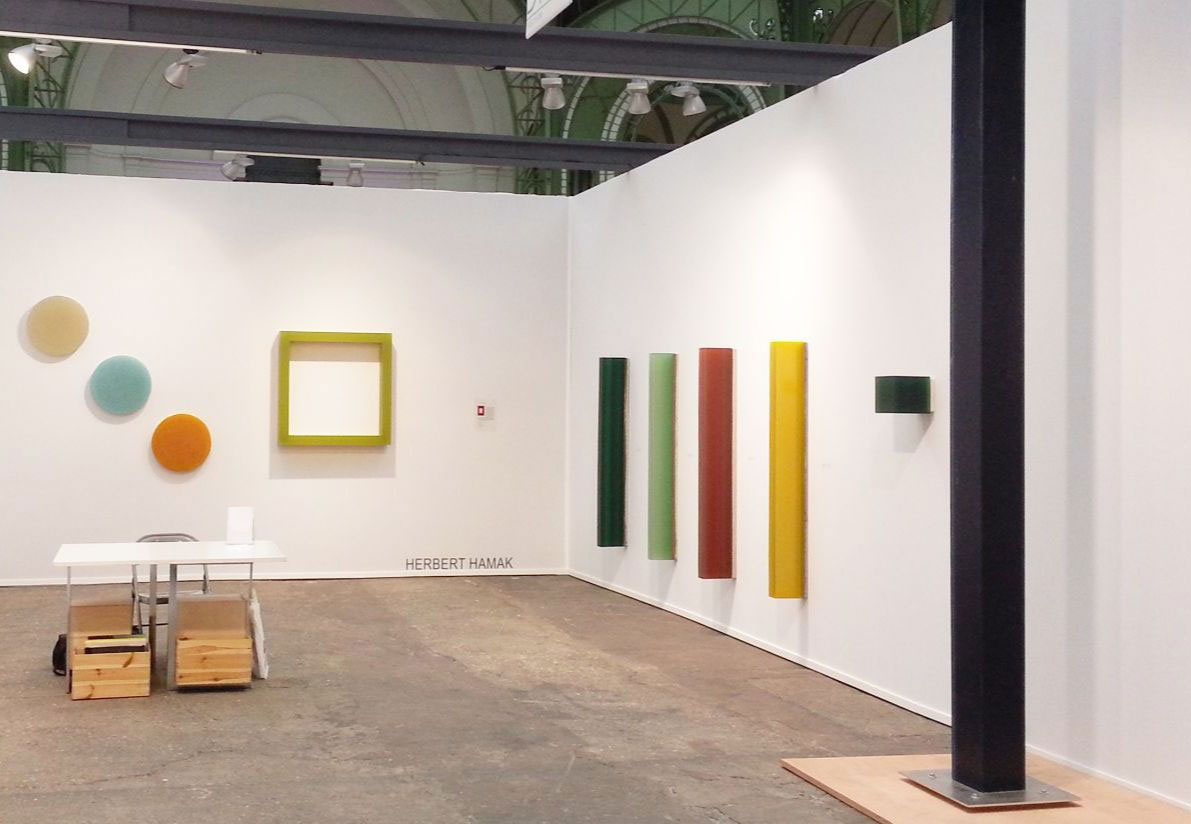 Imprisoned by the absurd reality we are living in currently, we dream. Between the elusive past and the illusive future we imagine, reinvent, project and explore the possibilities of utopic cities.
Imaginary Cities is a project that unfolds in chapters: Collaborations exploring cities through the prism of reveries and realities, fluidity and friction, the magical, the playful, and the futuristic…

Herbert Hamak has developed a special process binding pigments in synthetic resin and wax. The resulting liquid mass is then being poured into a particular shape. Wood-framed canvasses which serve as carriers are immersed into this mass. The results are mostly monochrome picture objects of incredible beauty and color density, displaying extremely sensitive reactions to changing light effects.
Multi-layered is the best way to describe these bodies of color extending into surrounding space; various shapes of solid strength and weight which at the same time, owing to their transparent surface, appear to be light and immaterial. Hamak is paying attention to his choice of pigments which give his works their unique luminescence and increase their three-dimensional effect. The interplay of shape and color in Hamak’s work suggests a concept of space the limits of which cannot be clearly defined. The remnants of canvas visible at the edge of these bodies of color have to be taken as a clear hint: Hamak does not think of his works as sculptures but as space-conquering paintings.