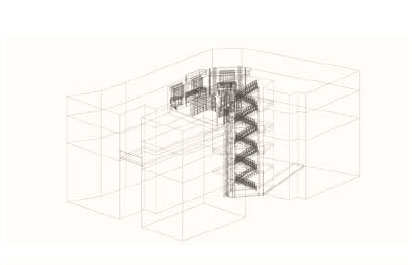 By Nadim Asfar in collaboration with Antoine Atallah

Imprisoned by the absurd reality we are living in currently, we dream.
Between the elusive past and the illusive future we imagine, reinvent, project and explore the possibilities of utopic cities. „Imaginary Cities” is a project, proposed by Marc Mouarkech, that will unfold in two chapters: two collaborations exploring cities through the prism of reveries and realities, fluidity and friction, the magical, the playful, and the futuristic…
„When we started thinking of ‘Imaginary Cities’, the first image that surged was that of Beirut. Beirut can be compared to a palimpsest city, a document where things are constantly erased and replaced,
superposed or superimposed; context is simultaneously done and undone in a single action. Every period of the city’s history altered, destroyed or covered parts and layers of what had been built just a few decades earlier. This constant rewriting explains part of Beirut’s rich complexity, but also generates its disconcerting instability.“
In this Chapter, Nadim Asfar and Antoine Atallah will present a body of work composed of photographic series, videos, drawings and texts, that were produced between 2004 and 2011 in the Mar Mkhaël neighborhood. Asfar’s and Atallah’s research in Beirut are two ways to grasp a common environment and maybe, tame it and live in it.