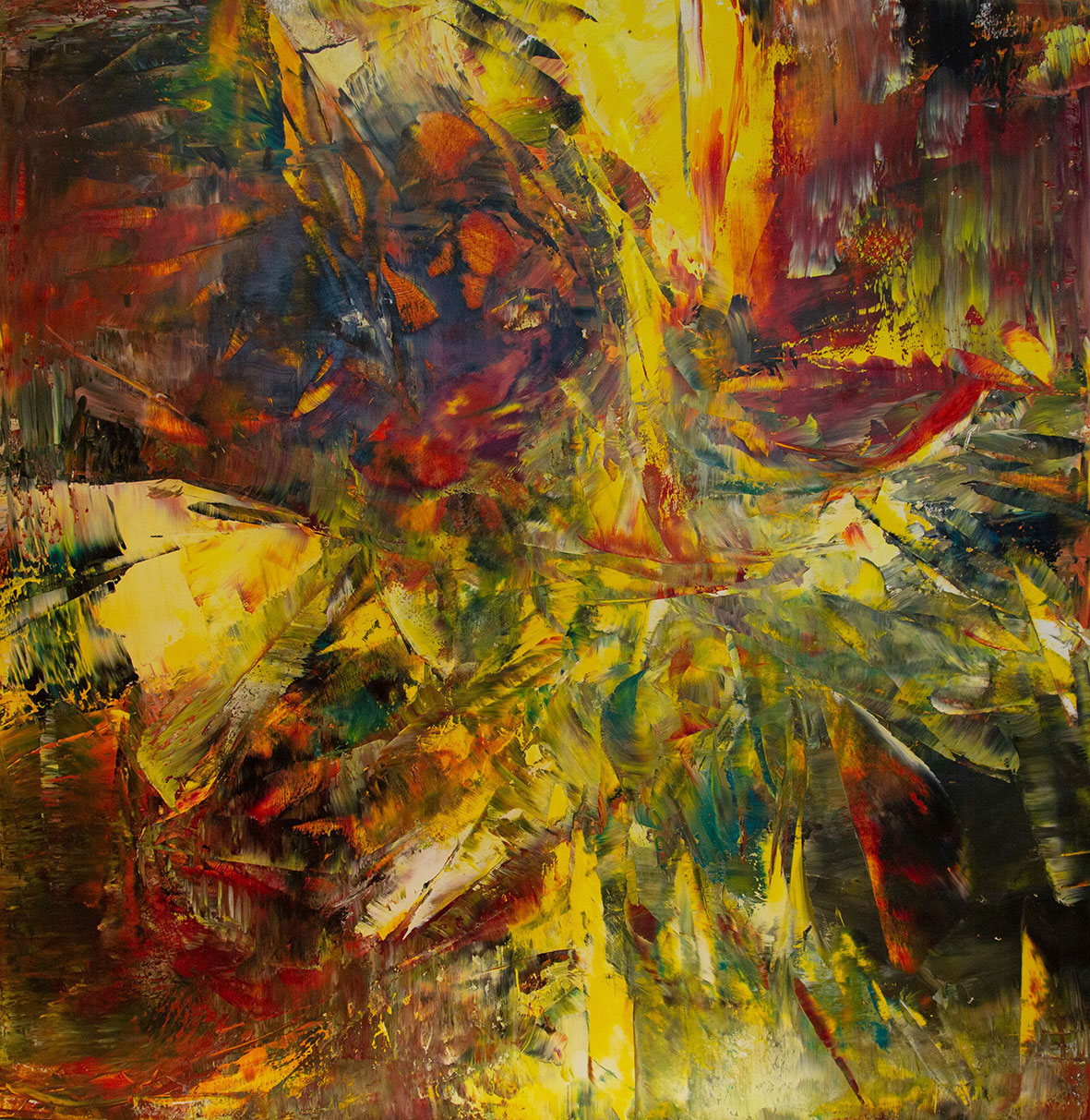 When we slow down …. (excerpt)
The works built through slowly applied layers appear to evoke discourses in relation to change, fluidity and ongoing-ness with the sense that in their all-pervading endlessness, time is affected by rupture, while the more animated works mediate on change as being driven by rupture. Acklin’s paintings form as ontological reflections on occurrence and movement – where, while one thing is related to another in terms of causality, rather than having set associations, and similarly to the movement we experience in our lives, most things are contingent. Acklin’s works remind us that what exist within is an ongoing flow in time (albeit at differing speeds) where disjuncture innately arises and forms.
One might say that nothing stands still, or can stand still in Acklin’s paintings, and their meanings appear to be open, de-centred and speculative. Acklin considers these works as spaces for thought, that allow for instincts, and the recognition of the expression of energies forming as places that may go beyond words (Acklin, 2022), reminding us of something we know – that painting is a wordless thing. French philosopher Gilles Deleuze called this feature of creative work the ‘virtual object’, something that escapes determination, and, in turn, humanisation, because it is ‘other’ (Gendron 2004, p.51). Acklin’s works seem to intentionally carry little or no predominant narrative via their imageries, but they reside within a space that mediates on multiple and fluid associations, feelings that conceivably remain beyond meaning. As a general point, when we slow and engage, we become aware of what is transmitted – how one thing coincides with another.
Dr. Peter Westwood, artist, arts writer and Senior Lecturer at RMIT University, Melbourne.