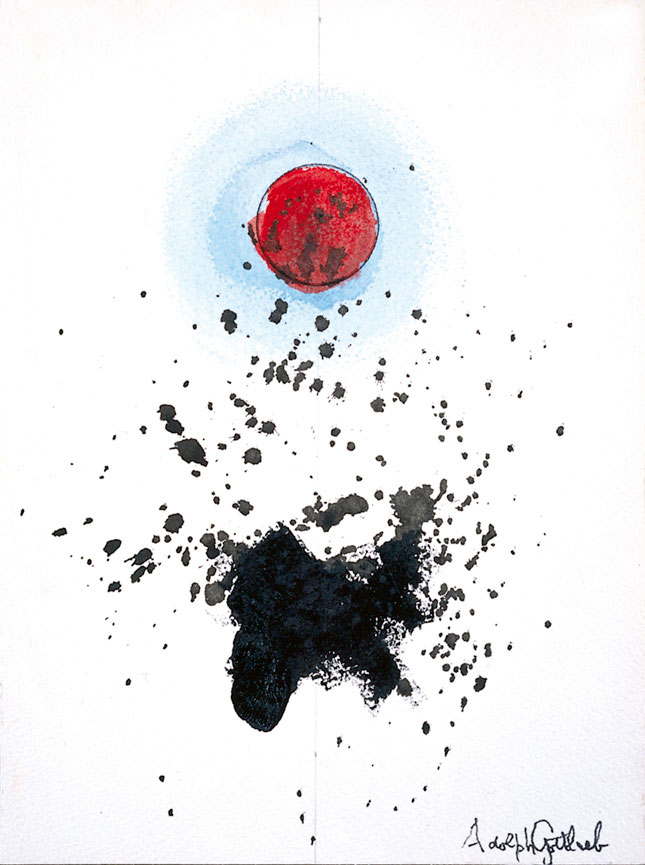 A new Selection of Paintings and Works on Paper by Sam Francis, Adolph Gottlieb, Hans Hofmann, Charles Pollock and Jackson Pollock
The Abstract Expressionists whose works are on display in this exhibition remained true to abstraction throughout their careers and were little influenced by innovations in the art scene around them. American abstraction was a milestone in the art of the United States, a path to liberation and the impulse for free art forms, however different, that evolved in the future. During World War II New York became a meeting point for various cultures. This led to an intensive, experiential exchange of art theories between American artists, European Abstractionists and Surrealists. Even though the Abstract Expressionists were influenced by European cultures of various centuries, as well as by the fundamentals of American Indian and African tribal art, their goal was to establish an autonomous and original art, one that was liberated from previous traditions. By the mid 1940s different galleries began to exhibit the work of this New York avant-garde. Prior to this, Peggy Guggenheim had been the preeminent patron of Abstract Expressionism through her gallery Art of This Century, which was partly a museum for her collection of European art and partly a commercial gallery where, between 1942 and 1947, Guggenheim exhibited contemporary artists (including Hofmann, Jackson Pollock, Richard Pousette-Dart, Rothko, and Clyfford Still) and gave them a refuge during the years when the struggle for acceptance was at its greatest. In the 1940s and 1950s the main groups within Abstract Expressionism were ‘The Gesture Painters’, and ‘The Color-Field Painters’, who experimented with new techniques for applying paint: “dripping, pouring, throwing, squirting, squeegeeing, and spattering,” and with the use of unconventional tools, such as wallpaper brushes, sticks, and trowels. California artist and Color-Field painter Sam Francis worked with acrylics, thinning them like watercolors to create his characteristic splashed and pooling effects.
Abstract Expressionism became the turning point in the development of American art and its various means of expression.